Welcome to Golden Hill Country Park extending to 20 hectares of mixed habitat public open space.  The park was created in 1970 following military use from 1863 to 1962.

Golden Hill Country Park surrounds one of the Palmerston Follies that were built to protect the Solent from invasion. Built on high ground it was designed to defend and support the coastal batteries.  The Fort itself is now luxury flats and has pretty much disappeared from view. 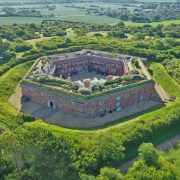 Gift to Nature manages the Country Park which was once part of the military estate, after World War I it was home to thousands of soldiers who were being demobbed.

A substantial grant from the Heritage Lottery Fund in 2019, meant we could deliver an ambitious project to enhance the site and introduce new ways of helping the public understand its heritage and engage in its future. This work continues.

Throughout the park you will find a series of lecterns and pillars where you can stop and look, or listen, for something special – maybe a white admiral butterfly or the remains of a military building nestling in the undergrowth.

There are three new trails to help explore – A Red Squirrel Walk, a View Point Walk and a longer Wildlife Walk that takes in the open grassland, the woodlands and ponds. 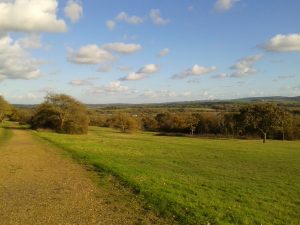 ‘Golden Hill’ was not named after the colour of Common Gorse bushes that are found around the site, as many have claimed. Instead it is recorded in 1299 as ‘Gaul Down’ which means the ‘rented hill’.

We have rescued the Copper Beech planted by Earl Mountbatten, from being outcompeted by more invasive species and cleared the way to reveal the stunning views looking across toward Fort Victoria and Fort Albert. 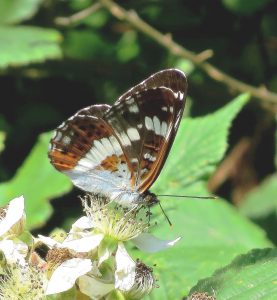 Our volunteers are still recording some of the structures and researching some of the people who were associated with the Fort. The site is crossed by an ancient right of way and they will investigate how it fitted into the landscape.

We will also have 10 heritage pillars in places where people could stop, look and / or listen for something special, maybe a white admiral the remains of an old building.

The Fort going into private ownership seemed to remove the heart of the site, so to return a much needed focal point, we are commissioning a willow sculptor to create a new organic installation, echoing the fort but created for discovery and play. Made from natural willow and hazel and other cut material, the new fort will be a maze like structure with viewing spaces and even more interpretation of the amazing open land all around you. 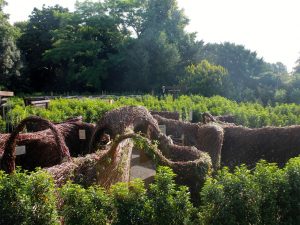 Please look at our sub-pages to find out more about the nature and heritage you can find at this site.

Also from the right side bar menu 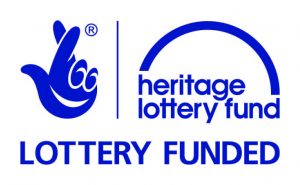 On foot/By bike – A bridleway runs north-south through the site, providing a connection with Freshwater Village (via Longhalves) to the south and Norton Green to the north.

By Car – There is a gravel car park off Colwell Road, through the industrial estate. Use postcode PO40 9SJ for satnav.

The main paths through the site are laid to gravel but some of the smaller paths can be steep and uneven in places. The main tracks are level and mostly well-drained. There is a gravel car park.