Blackgang Viewpoint and the land surrounding it are all part of the Compton Chine to Steephill Cove Site of Specific Scientific Interest (SSSI).  The area has been designated as such because of its vegetated cliffs and slopes, species rich unimproved chalk grassland, assemblage of nationally scare plants, outstanding nationally rare and scarce invertebrates, exposed rocky shores, and coastal geomorphology. And then there’s the fossils! 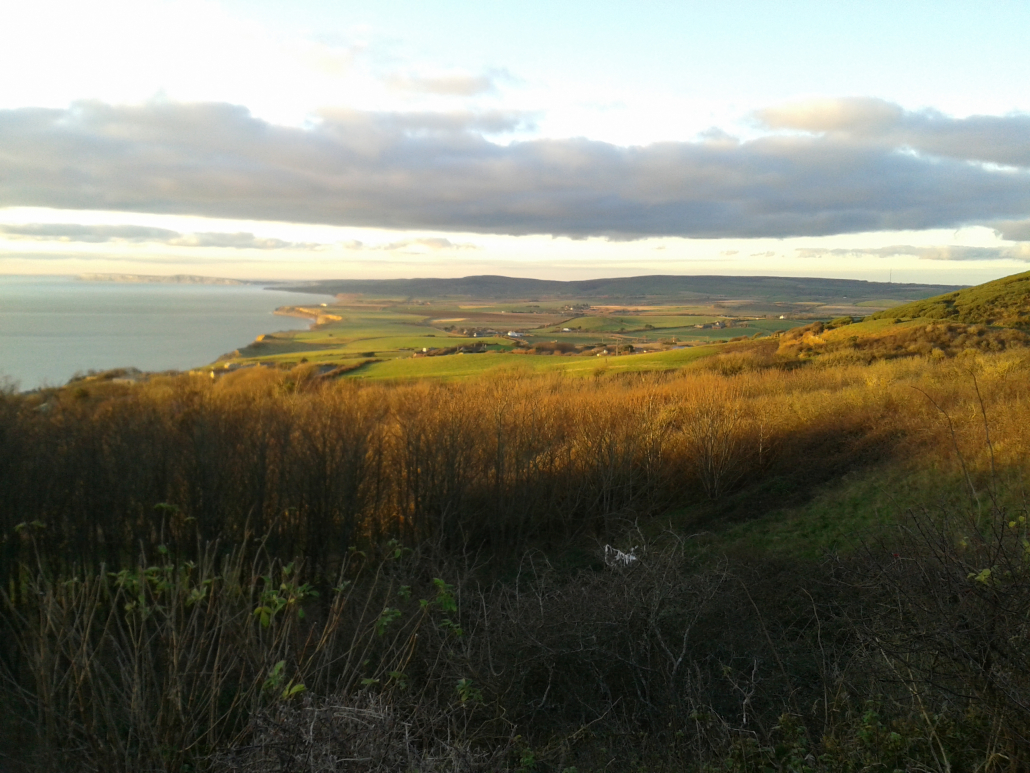 Peregrine falcons are often seen along the cliffs here. Look out for family groups with the adults teaching the young to catch pigeons. Listen for the long ‘peeee-uu’ call of buzzards. These large birds have light undersides. A smaller bird of prey you often see here is the kestrel, and if you are really lucky you might spot a sea eagle – considerably larger than the buzzard. 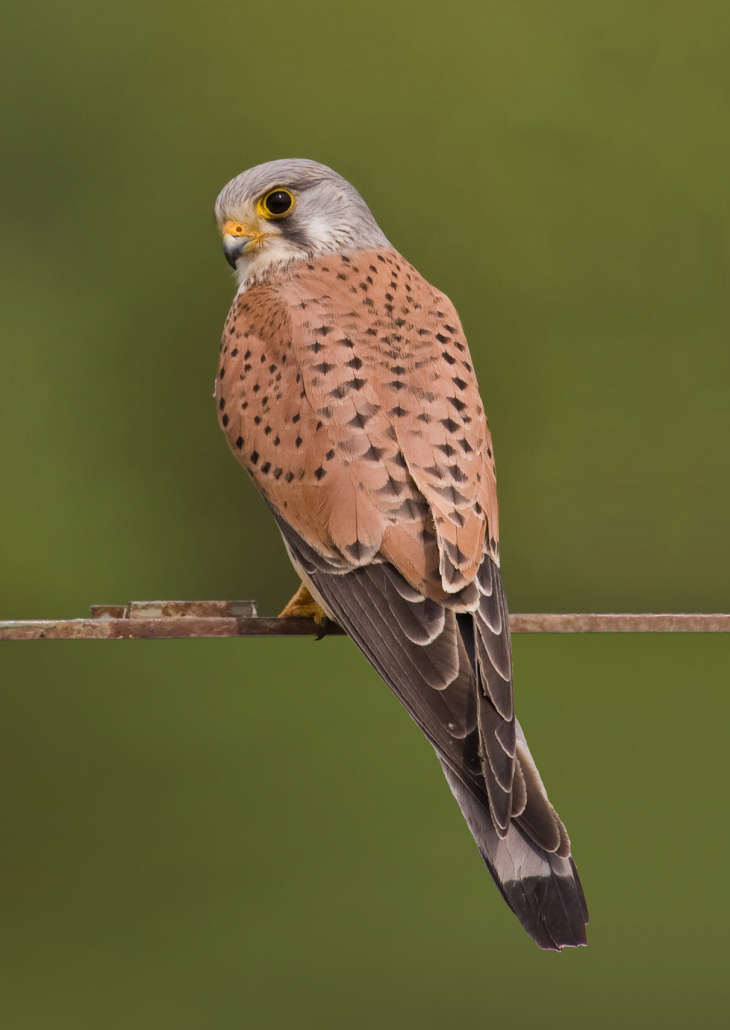 Listen to for a skylark. Their song has been the subject of many great musical and literary works and can last up to an hour. They rise high sing from a great height before descending. In the summer you might also hear the scratchier sound of a white throat or spot it flitting between shrubs as it forages for insects and berries.

You should be able to spot a number of butterfly species as you wander through the different habitats surrounding the site. The meadow brown likes a number of habitats and even flies on dull summer days. Look out for Common Blues in the surrounding grassland. The brightly coloured males are conspicuous, but females are more secretive (and not blue!). There are other blue butterflies you might see here too, but don’t get hung up about their names, just enjoy! 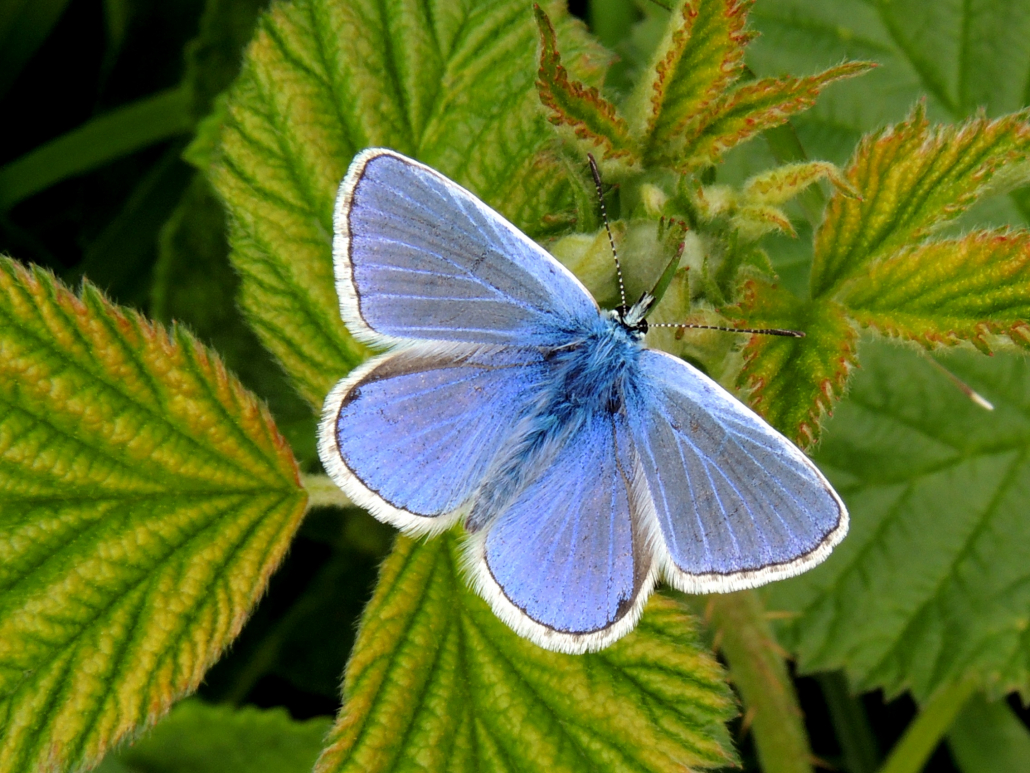 We have been encouraged to clear the vegetation from some of the rock face of the quarry as this produces quite an usual micro-habitat as well as being a wonderful place for butterflies to sunbathe.

On site look out for the blossom of the hazel and spindle trees on the bank around the picnic area. 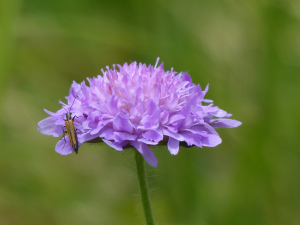 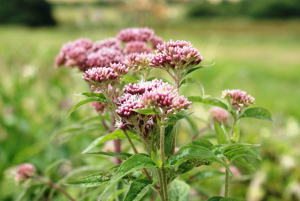 The quality of the view depends very much on the weather. On a very clear day you can see Old Harry Rocks part of Dorset’s Jurassic Coast World Heritage Site. These were linked by a line of chalk hills to the Needles which you can also see on a clear day. From Tennyson Down the landscape undulates with rolling hills and a series of chines. Off shore lookout for Hardman’s Rock, and the rocky outcrops at Hanover Point (a fossilised forest) and Atherfield Point.

The actual ‘Viewpoint’ at Blackgang is on the edge of Gore Cliff, along the path to the south of this car park going out to sea, but most people think it’s the car park with the spectacular view of the Isle of Wight Coast. The word ‘Gore’ derives Old English ‘gara’, a corner, point of land or promontory. Made of Upper Greensand topped with chalk this has a history of slippage going back centuries and the cliff here also include the ‘finest Lower Greensand exposure in Britain’. Gore Down is to the north of the site, across the road and it is here that you find ‘The Pepperpot’.

But Blackgang is very special at night too, and that is because of the lack of light within this part of the Island. The Isle of Wight has some of the darkest skies in the UK, making Blackgang Viewpoint perfect for an astronomical night out. 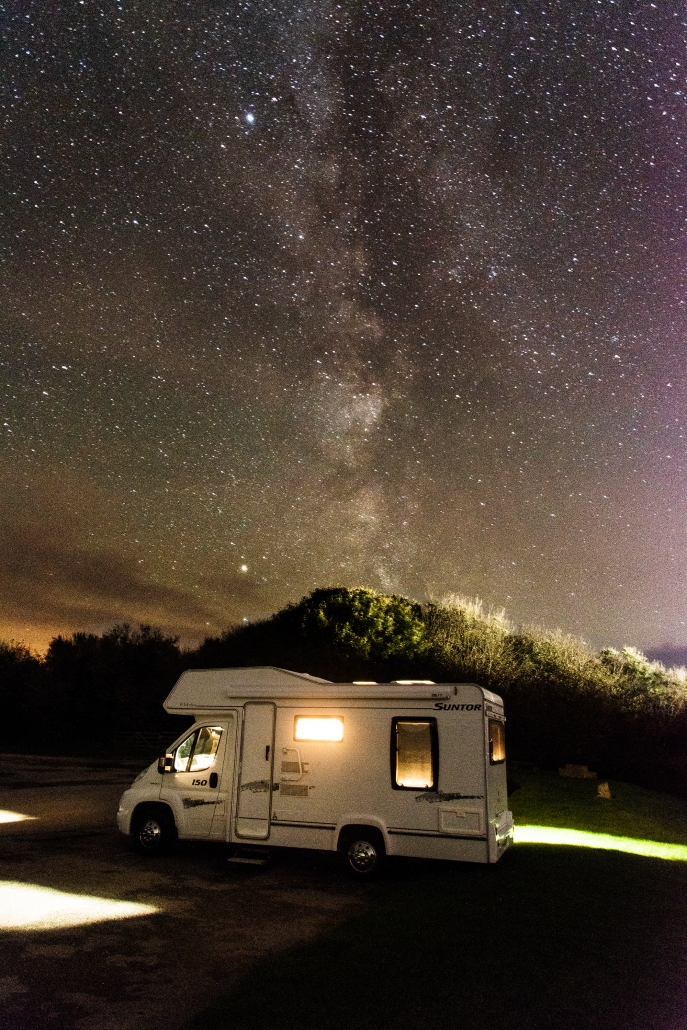